Its no secret anymore that I have been using mountain bikes for years now to access no motorized vehicle areas to hunt. Statistics say the majority of people wont hunt more than 2 miles from their truck so for a guy looking to get away from the crowds looking into a non motorized vehicle or wilderness area to hunt is always a good option. Most of these areas will allow bikes and most that allow bikes will allow peddle assisted electric bikes.

I recently found the RAD power bike and I have been runningÂ the RAD RoverÂ through the hunting ringer for the last couple of months. Putting it in as many hunting situations I could. And without a bunch of hype lets just say I’m very impressed.Â The electric motor is powerful, the bike is built well with good components, the battery lasts a long time and its comfortable to ride….Â Those of you who know me, know I’m not afraid to hike or to exert myself but if I don’t have to get all sweaty or burn myself out getting to my hunting spot I wont. The RAD power bike gives me the ability to slip in with low impact, much faster than hiking, and I don’t burn out my legsÂ so I can preserved them for the stalk. AnotherÂ plus when using these bikes is when you do tag out the pack out is made a lot easier. I will be utilizing my RAD power bike next season on as hunts as possible. 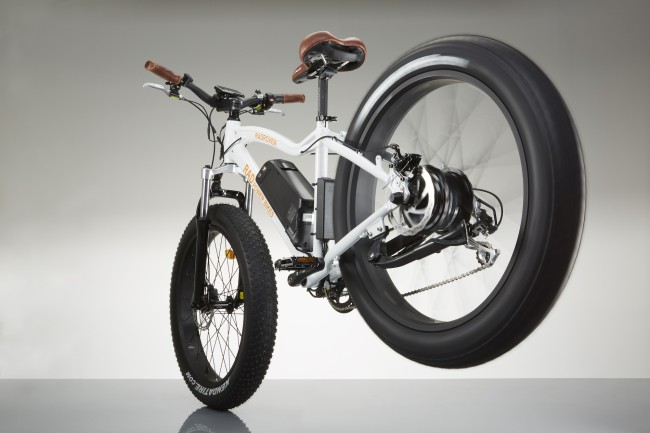 One of the best things about this bike is the price, I looked into Rambo Bikes, Quite Kat and other similar products on the market and the RAD power bikeÂ utilizes the same type of motor and power system is much lighter and can be outfitted to suit your needs for 50% less than its competitors. Plus the RAD power comes standard with front suspension! Â Why pay for hype andÂ extra weight. The only thing I can see that the other have that RAD doesn’t is more curb appeal. This is not a fashion show if I wanted to look cool I wouldn’t be hanging out deep in the woods to get away from people I would be hanging out at the mall..

RAD power also offers a Rover Mini which is a smaller fold up version of the RAD rover packed with all the same features as the rover. However,Â you give up the front suspension for a smaller easier to wield unit that folds up and can fit in a trunk