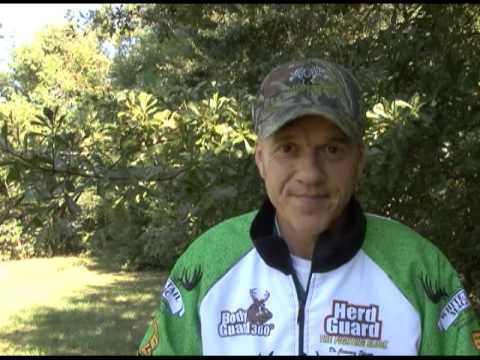 Dr. Jimmy Steger was born and raised in Mobile, Alabama where he started quail hunting with his father Jim Steger Sr. at the age of 6. Down south, especially in Alabama, when hunting season comes around you do one of two things, either go hunting or watch Alabama Football on TV, if you’re not at the game. Watching his father raise and train English Setter Bird Dogs was all he knew about hunting until the age of 10. My dad started me out with a single shot 410 and would give me 12 shells. He said the limit is 12 birds son so make every shot count. I learned very quickly to be a good shot and not waste any. One day I was Quail Hunting with my dad and saw a nice buck come out on the edge of a soybean field. I told my dad, “That’s a good buck.” He said, "You’re right son." We kept on hunting and as time went by over the next few years we kept jumping these bucks while we were quail hunting. I thought, that is so awesome, I would like to get into deer hunting. Well my dad was a true quail hunter and always taught me from the very beginning that real men quail hunted and that was all he did. Every Saturday morning during the quail season we were in the woods hunting quail with our trusted English Setter Bird Dogs and believe me, I loved it, and still do. I will always raise and train my English Pointers which is what I started buying and raising on my own at the age of 12. I prefer the pointer breed only because down in the south, the cuckle burs are really bad and those are hard on the Setter’s feet and under their legs. Besides, after each hunt I had to help my dad clean, cut, and brush those cuckle burs out. That gets old real quick. At the age of 15, I got with some of my school buddies and started taking them quail hunting and they would take me deer and turkey hunting. They wanted to go quail hunting and I wanted to go whitetail hunting. I shot my first buck at 16 years of age; he was a nice 8 pointer running along side a cornfield at 150 yards away. I’ll never forget because my friend and I were walking down this field when he came out on the other side. I looked at my friend and bet him I could take him in one shot running. He said, "No way!" Well, remember that I felt pretty confident about shooting anything that moved fast. After all, quail hunting is not for slow people and that was what I was raised doing. So I shot the deer in the front shoulder and he went down on the spot. My friend looked at me and could not believe it. After that shot, it was over, I was hooked on whitetail hunting and from that point on, I have been hunting whitetail deer all over country seeking only the largest of its kind. That was the driving force behind me starting Monster Trophy Whitetails, a TV show which is truly dedicated to the hardcorewhitetail hunters in the country. I have paid my dues by spending countless hours in trees, wood bottoms laying in deer bedding areas, and crawling through swamp bottoms trying to find the biggest deer in the country. And guess what, I now have them on my walls. I have killed probably more 200" Whitetails deer than most people will ever see live on hoof. Well, that is just what this show is about, hunting Monster Trophy Whitetail deer. I want you to experience just what I have been experiencing for the past 30 years. We have have found some of the best pieces of property that have big bucks on them and this is where we will film our hunts for the upcoming 2012/13 season. We are constantly searching for the biggest bucks so we can bring you the best whitetail hunting found throughout the country on national TV. So sit back and get ready, Monster Trophy Whitetails Season 5 is coming at ya! Keep Hunting those Big Bucks! Dr. Jimmy Steger